As television began to grow in popularity in the twentieth century, local network programmers all over began to scramble to find content to fill the needs of the viewers. Horror movies became a popular selection, as there were so many to choose from and they always drew and audience. Beginning in the 1950’s some TV studios decided to add a little something extra to their horror movie screenings and would hire actors to serve as hosts for the scary movies they showed. Combining humor and horror, these horror hosts often became regional (and sometimes national) celebrities. They were a major force in the Monster Kid generation and introduced so many genre fans to a new and exciting world of scary movies.

Vampira: Despite the fact that the Vampira Show had a surprisingly short run, there is no doubt the character created by actress, Maila Nurmi made a massive impact on pop culture. Nurmi was an aloof European immigrant trying to break into American show business. She adopted the character of Vampira, basing her off of Morticia from the Addams Family comic strip and the Evil Queen from Snow White. It was not long before she was asked to host the horror flicks shown on KABC-TV in Los Angeles. At either 11PM or midnight, the Vampira Show, transported viewers down a dark corridor where their host introduced their film for the night with her pet spider, Rollo. She wholeheartedly embraced the lifestyle of her character and was often seen being driven around LA, carrying a black parasol. Despite the short run of her show, Vampira cemented her status in Hollywood as she rubbed elbows with the likes of: Lon Chaney Jr., Red Skelton, and forged a close relationship with James Dean.  Aside from her work on television, Vampira is best known for playing the female ghoul in Ed Wood’s cult classic Plan 9 From Outer Space.

Zacherley the Cool Ghoul: As the host of Shock Theater, the Cool Ghoul, played by John Zacherle, became a huge fan favorite among the various horror hosts. He truly embraced the genre as a whole recording horror based songs and editing short scary story collections in addition to his TV work. Zacherley was dubbed the “Cool Ghoul” by his colleague and broadcasting legend Dick Clark who worked with him frequently at the beginning of his career. Zacherely made his biggest impact in horror hosting while working as the black-clad character “Roland” for Philadelphia’s WCAU. Roland resided in a cemetery with his assistant Igor and an entombed wife known as “My Dear”. With this gig he became famous for inserting quick footage of himself into the movies to make it look like he was actually in the flick. Later in his career he would lend his scary credibilities to other radio and TV shows, including a stint on Captain Kangaroo.  Many to this day consider Zacherley the gold standard in horror film hosting. 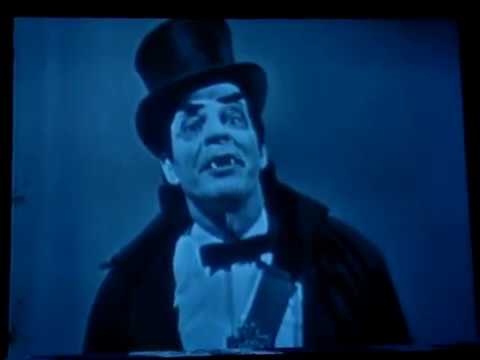 Sivad: When WHBQ in Memphis, decided to start screening horror movies, they turned to the advertising director of Malco Theaters, Watson Davis for help. Davis donned a pair of vampire fangs and a top hat, and dubbed himself Sivad (his last name backwards). He served as the “Monster of Ceremonies” for the weekly movie black, Fantastic Features. To this day Memphians recall his striking intro on the show; a horse drawn carriage pulled a coffin through a fog shrouded Overton Park, and once it came to a stop it opened to reveal Sivad. For an entire decade, Sivad was an icon in the Midsouth drawing tens of thousands of guests at many of his public appearances. Like other horror movie hosts, he used his status to record a number of macabre yet funny gimmick songs.

Elvira: Possibly the most famous horror host, Elvira has become recognizable even to those who have never seen a horror movie in their life. Voluptuous, morbid, and funny, Elvira contemporized the template set by Vampira years before. In the origins of the character, actress Cassandra Peterson, sought to bring dark gothic charm to a Valley girl type character. As the horror movie host in the Los Angeles area she inevitably began to find a level of fame many of the regional hosts were unable to gain. It was not long before Elvira popped up on: magazines, action figures, pinball games, comics,posters, ad campaigns, and even her own feature film Elvira, Mistress of the Dark.  When ThrillerVideo began distributing horror movies on video, they chose Elvira to introduce many of the flicks as only she can. Even as recently as 2014, Peterson’s iconic character starred in the series 13 Nights of Elvira for the streaming service Hulu.

Morgus the Magnificent: Mad scientist are a staple of classic horror, so why not have a mad scientist host a horror block? Starting as a late night host in New Orleans, Dr. Morgus pulled double duties by hosting flicks and working on experiments. Broadcasting out of a station right in the French Quarter in 1959, Morgus began his career as a staple of New Orleans television. His character, along with his sidekick Chopsley, survived through many incarnations up until 1989 when he was the host of Morgus Presents. Though his show may have ended in 1989, Morgus has made continued sporadic appearance on TV sets around the Big Easy. George Noory host of the fan favorite paranormal radio show Coast 2 Coast AM, grew up with Dr. Morgus and frequently features the horror host as a guest on his show.

Joel Robinson/Mike Nelson/Jonah Ray: Being trapped on the Satellite of Love with nothing but a couple of robots is no excuse to not watch movies. Beginning in 1988, Joel Hodgson created the character of Joel Robinson to act as the star of a new series he had created, Mystery Science Theater 3000. One of the most beloved TV shows of the 90’s MST3K, allowed its hosts to give a different take on horror movie hosting. Rather than perform before and after the movie and during commercial breaks, the hosts of this show watch the movie with you. In shadow form at the bottom of the screen, they and their robot friends, Tome Servo and Crow, mercilessly riff whatever travesty they are forced to watch. Joel had always planned on the role of show host to be a revolving one and he passed the torch to Mike Nelson who had been a writer on the series. Nelson remained until the end of the original run. Recently MST3K was resurrected on Netflix, and this time comedian Jonah Ray had taken over the duty of presenting fans with some of the worst movies ever made. 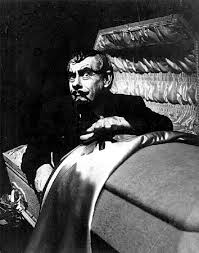 Sir Graves Ghastly: Broadcasting from Detroit’s WJBK for fifteen years (1967-1982), Sir Ghastly Graves had an undeniably ominous presence. Decked out in the finest vampiric regalia, Ghastly introduced the citizens of the Motor City to a host of scary flicks. Each Saturday afternoon, his sidekicks Baruba and the Glob dug up two films from a graveyard to show as a double feature. Graves was able to expand his show and found some success around the Midwest and even made it to parts of Canada. Easily the most iconic element of his character, was his ominous laughter which was often accompanied by his catchphrase “Happy Hauntings”. Portrayed by Lawson J. Deming, Sir Graves Ghastly portrayed himself as classier than many of the more rambunctious horror hosts around at the same time.

Svengoolie: Currently one can make the argument that Svengoolie is the most popular of the horror movie hosts remaining thanks to having a nationwide audience, instead of being restricted to a single metro area. Svengoolie was originally played by Jerry G. Bishop, who worked as an announcer for Chicago’s WFLD. His most important role was to serve as the spooky voice introducing the movies Screaming Yellow Theater. It was not long before he pitched the idea of an actual host to do the job. In a hippie-inspired costume, he crafted the character of Svengoolie. His played the role until 1973, when he left to pursue other ventures. In 1979, Richard Koz revived the series playing the role of Son of Svengoolie, this was the role he played until the series ended in 1986. In the 90’s Koz fought to revive the show and his efforts were successful. Given his hard work, Koz rightly felt that he was worthy of the Svengoolie title properly. To this day, Svengoolie takes to the airwaves every week to poke fun at any classic horror flick he can get his hands on.

One thought on “The Greatest Horror Movie Hosts”