Plot: A warrior of the alien race of Kree named Vers sets out on a mission in the war against the shape-shifting Skrulls. When she learns that their ultimate goal lies on Earth she sets out to foil their plans.

Review: Let’s get the important business out of the way first.

Goose is an excellent kitty. Ten out of ten catness. About time the MCU focused on feline characters. 10 years of movies and this is their first real cat character. 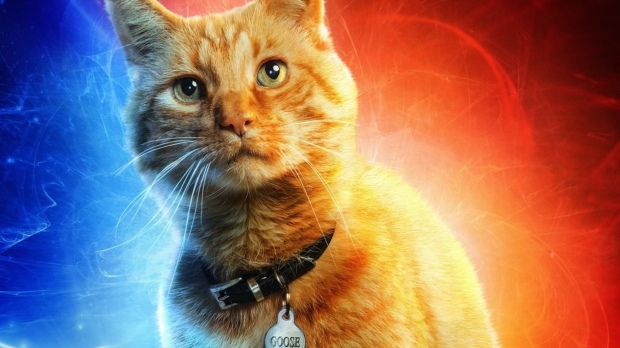 But I suppose some sticklers might want us to talk about the title character. Captain Marvel opens on Hala, homeworld of the Kree, where we’re introduced to Vers (Larson), an elite warrior, and her mentor Yon-Rogg (Law) and the artificial intelligence system that rules over the empire known as The Supreme Intelligence (Bening). The Kree are at war with the Skrull, a race of shape-shifting aliens. Vers, Yon-Rogg and their Star Force set out to battle Skrull general Talos (Mendelsohn) before learning that his real goal is a light-speed drive being developed on Earth.

Got all that? Good. There’s no end of silly sounding names in the movie and it’s a bit of a headache trying to remember them all. This establishing act set in space is a over-whelming, as we get a huge amount of information dumped on us and little of it is explored in detail. It’s when Vers arrives on Earth and begins discovering who she really is that the movie hits its stride. 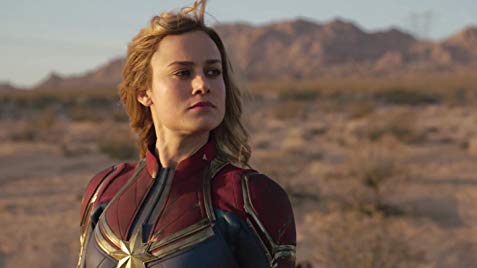 Having crashed through a Blockbuster video and ready to hunt down the Skrulls, Vers attracts the attention of SHIELD. Agent Nick Fury (Jackson) arrives on the scene to keep two eyes on Vers (along with a rookie Agent Coulson (Gregg)). Although he’s sceptical of her story, he has his eyes opened (yes, I’m going to keep doing this) when he witnesses the Skrull for himself and he teams up with Vers in her mission. The dynamic between a young, bi-optic Fury and equally hard-as-nails Vers is the best part of this movie. They bounce off each other very easily and it’s fun seeing Fury start out on the path that ends with The Avengers.

Although Vers – late Carol Danvers and Captain Marvel – arrives on the scene equipped with strength, speed, training and photon blasts, she’s very much on a journey of discovery. Not only is she rediscovering a lost past but discovering her full potential as a hero. She has a no-nonsense attitude which we sometimes see in Tony Stark, albeit in a less flippant way. Larson is certainly the right choice for the role, effortlessly capturing the essence of the character and making it clear that she can and will stand alongside the other heroes of the MCU. 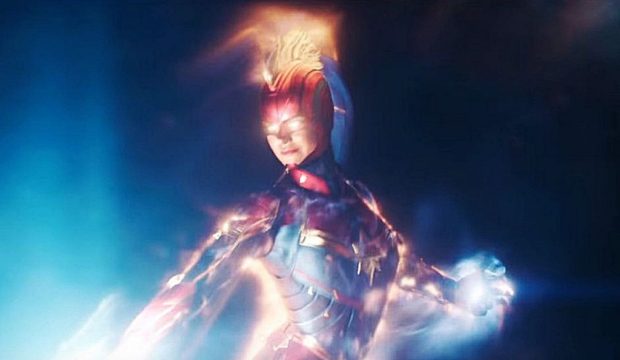 Being set prior to events of the series as we know them one could be forgiven for thinking this movie isn’t going to contain any surprises, but this isn’t necessary the case. Danver’s journey has a few surprises along the way, and the movie as a whole slots nicely into the MCU canon without the tired prequel trope of rewriting the history for the sake of adding something new or shocking. It does join a few dots for us, and we’re not going to spoil any of it here.

Marvel have this formula down to a fine art, and we’re still excited about each new instalment, so this is a tight ship. The only real negative we have is with how the action has been directed. The Russo Brothers really rewrote the book in high speed action which is easy for the eye to follow, but Boden and Fleck have not taken note. Instead all the action scenes are marred by dated shakey-cam effects that turn some of the combat sequences into visual white noise. The first major action set piece doubles down by obscuring everything in fog – between this and the shaking it’s near impossible to tell what’s happening. 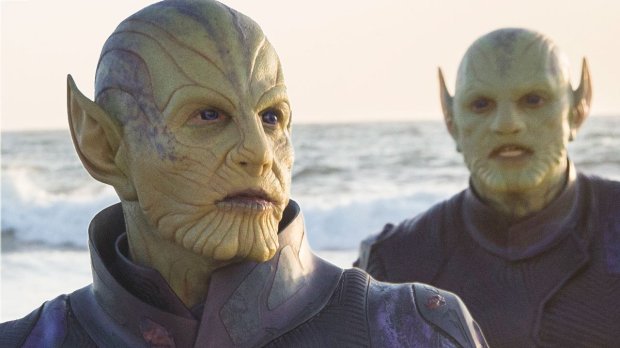 It’s not a deal breaking, but it is a weak link in the chain. We will give special mention the effects work on Samual L. Jackson though. Clark Gregg has a bit of uncanny valley at times, but the younger Fury is virtually seamless. There was never a point in the film where I felt like I was looking at a CGI effect. Excellent work on that point.