Plot: A young family moves into a small town in Maine only to learn that the pet cemetery behind them will resurrect anything buried there. When their young child dies in an accident they face a terrible choice.

Review: Perhaps a path to a peaceful mind would be to assume the best about people, and not assume that some studio execs saw the numbers that It brought in and quickly put another brand name Stephen King remake in the works with no care to the quality. But that’s obviously what happened.

Pet Sematary was originally adapted to film 30 years ago and has managed to remain in the public consciousness more than many other King adaptations. It hasn’t aged super-well, and was never a great film, so it could be a solid choice for a remake. What they’d need to do is go back to the book and turn this in to a slow burn story with a creeping dread towards inevitability. There’s some story elements that could be trimmed out to focus on the fathers – Louis Creed (Clarke) – madness and desperation as his selfishness begins to win out against his better judgement. The true horror of what he must do and the process to get there is potentially more horrifying than the consequences.

Unfortunately the movie is not that. The young, newcomer directors are working with a worked and reworked script with a bunch of producers peering over their shoulders and the result is an immediately forgettable, slapdash unscary horror movie. The editing is the biggest aspect of the film at fault, which reinforces the impression that the studio was active on this final cut. Every scene feels like it ends abruptly, cutting away to the next shot without room to breathe. The end result is a movie that feels like it’s in a hurry to get to the end rather than developing the characters or building suspense. This messy pacing leaves a movie completely devoid of tension. 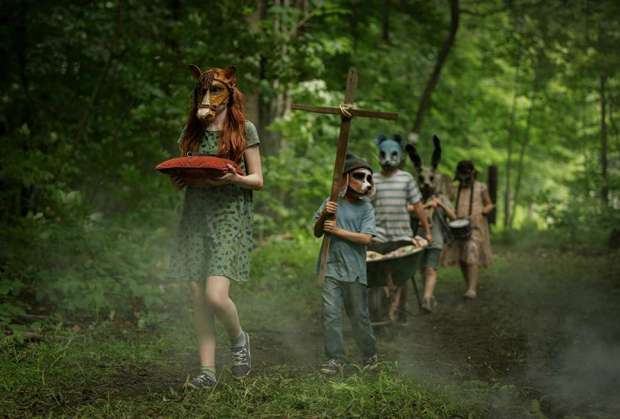 Another strange quirk of the movie is the relationship it shares with the original adaptation. For some weird reason they play to expectations set by the initial movie and novel. There’s a couple of changes to the story that seem to exist only to provide a twist for those who already know the story, but they only work as a twist if you’ve seen a low budget horror movie that’s almost as old as I am. That’s pointless unto itself, but even more perplexingly they included these changes in the trailers. They’re pointless changes.

Some credit goes to the cast members playing the mother, Rachel (Seimetz), and the daughter Ellie (Laurence). They manage to include some complexities of their characters (especially in contrast to the wooden Clarke) and provide at least a little emotional weight to the rushed story. It’s not enough as we go from sudden, tragic death to zombie child in five minutes of run time. Bit of wasted talent there. Also worth noting is Leo, Tonic, Jager and JD who played the role of Church, the zombie cat. Because kitty. This was a rushed film, riding on the coattails of It, turning it into a wasted opportunity to revisit and good story.

Result: THREE out of TEN