The Halloween season is once again upon us much to the glee of good people everywhere. An icon who has been casting a spell on the holiday since it’s inception is the witch. These practitioners of the dark arts have long been a source of fear or laughter on the big screen. So here are the very best witchcraft movies. 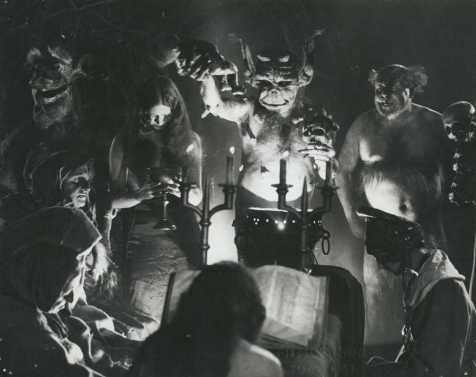 Haxan: Witchcraft Through the Ages: This Swedish production stands as one of the most chilling films of the silent era. Shot by director Benjamin Christensen in an almost documentary-esque style, it explores the history of witchcraft and demonology as told by the historical texts the Malleus Maleficarum. Through four acts, viewers watch a dramatization on origins of witchcraft and demons through medieval tales of people using black magic and being tried due to accusations of being witches. The visual mastery of Haxan is still held as an accomplishment to this day, as the movie does not hold back on the horrific depictions of the subject at hand.

Wizard of Oz: For most of us this was probably our first cinematic introduction to witches. Kansas-born Dorothy is upended from her black & white home by a storm and sent to the brilliantly colored Land of Oz. While her first introduction to this world is complete with Munchkins and yellow brick roads, she also meets two witches. Glenda is a good witch who seems helpful, but there is also the Wicked Witch of the West. After Dorothy accidentally kills the Wicked Witch’s sister and took her ruby slippers, the witch is determined to have her revenge. As Dorothy travels the yellow brick road and meets new friends, the specter of the Wicked Witch looms large over her mission.

Bell, Book, and Candle: Another more lighthearted take on witches featuring Kim Novak and Jimmy Stewart. As a young carefree witch, Gillian “Gil” Holroyd develops a crush on Shep, the man who lives in the apartment above her family’s art gallery. When she discovers that Shep is engaged to her college rival, she and her feline familiar Pyewacket place a spell on the man. In the span of the day, Shep leaves his fiancée and falls madly in love with Gil. While everything seems on the right path for the young witch an author in town threatens to expose her entire magic practicing family. Eventually she is forced to come clean with Shep about the truth, but how will he react learning that their relationship is built on a love potion?

Bedknobs and Broomsticks: One of the classics from the famed Disney Vault. During the height of the London Blitz children; Charlie, Carrie, and Paul are sent from London to live with Miss Eglantine Price. At first this seems like a dreadful idea, until the three of them discover their reluctant caretaker is learning witchcraft with the hopes of using her powers to aid in the war effort. In order to complete her training Miss Price only needs one final spell, and with her witchcraft correspondence class ending that proves to be a challenge. The witch in-training must lead the kids on an adventure which takes them from the streets of London to a dance contest.

Horror Hotel/City of the Dead: Before being burned at the stake in 1692, Elizabeth Selwyn offered her soul to Satan for eternal life. In gratitude for the gift from her dark overlord, every Candlemas Eve and Witches’ Sabbath, she makes a virgin sacrifice. In the present day, university student Nan is urged by her suspicious professor (played by the legendary Sir Christopher Lee) to take up research in the town where this occurred and to take lodging at the Raven’s Inn. However, Nan soon learns witchcraft is still very much alive in this gloomy fog-shrouded village. Her disappearance draws her brother to investigate what happened to Nan. He joins with the granddaughter of the local clergy man to defeat the coven which terrorizes this town once and for all. 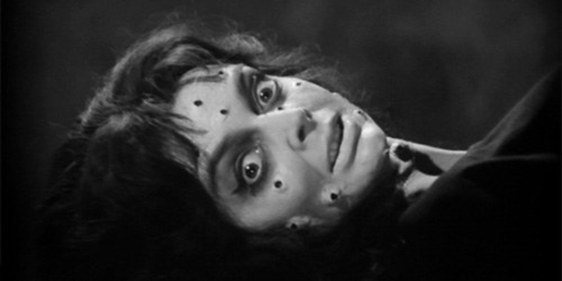 Black Sunday: Directed by Italian horror maestro Maria Bava, this film introduced the world to horror staple Barbara Steele. Steele plays Asa Vajda a witch in the 1600’s who is brutally put to death, but not before placing a curse on her brother who passed down her sentence. Two hundred years later Dr. Kruvajan and his assistant stumble upon her crypt and accidentally resurrect the witch. Vajda now seeks vengeance on her brother’s descendants as well as getting eternal life. Luckily Vajda can do both by draining the blood of the current resident of her brother’s castle the identical Princess Katia Vajda.

Suspiria: An absolutely stunning work of horror from Italy’s master of suspense Dario Argento. American ballet student Suzy gets the opportunity of a lifetime to study at a revered dance academy in Europe. Though she begins to wonder if everything here is at it seems, when a number of strange and deadly events associated with the school begin to occur. Through poking around Suzy discovers this prestigious conservatory is actually run by a dangerous and powerful witch living beneath the school. While the screenplay is nowhere near neat and polished, Argento’s masterful use of color and music (courtesy punk band the Goblins) ensures Suspiria is a haunting classic and a must-see for any horror lover. Read the full Retro Review HERE.

The Witches: Based off a Roald Dahl tale this movie was a childhood favorite of many. After being adopted by his grandmother, young Luke ends up in a hotel in the midst of a witches convention. The young kid uncovers a plot where this coven plans on using a potion to turn children into mice. Naturally he becomes the first victim and must find a way to stop this evil from spreading. Though the director altered the original ending to make it less scary for the original audience, Jim Henson’s work on the witch’s ensured that the Witches still packed plenty of terror for the young ones.

The Craft: A true fan favorite of the horror crowd about, Sarah a troubled teen who moves to Los Angeles and starts at a new school. It is here she meets; Bonny, Rochelle, and fan favorite Nancy the school’s resident clique of witches. Together these four teens use their growing powers to fix the problems in their respective lives. Of course power corrupts and after practicing the Invocation of Spirits things quickly spiral out of control. As Sarah tries to get out while she still can the others in the coven have other ideas.

Witches of Eastwick: Three women of Eastwick, Rhode Island all find themselves suddenly single. Alexandra, Jane, and Sukie meet a newcomer in town, the charmingly smarmy playboy Daryl Van Horn. As their relationships grow, Daryl successfully draws out their powers as witches for his own gain. When the new man in their life begins to take things way too far the trio unite to fight back and liberate themselves from his control. Susan Sarandon, Cher, Michelle Pfeiffer, and Jack Nicholson all turn in fun performances which successfully makes Witches of Eastwick a darkly enjoyable flick. 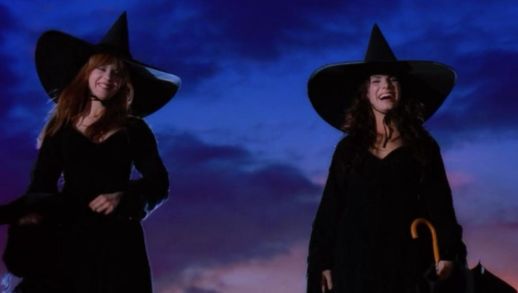 Practical Magic: Sisters Sally and Gillian Owens are the latest in a long line of witches in the Owens family. Being raised by their aunts in Massachusetts they learned that any man who fell for them was doomed. Over the years this led to them giving up their magical abilities in the hopes of living normal lives. However when Sally’s husband passes away due to their familial curse the two sisters reunite. Together they once again delve into magic leading to the death of Gillian’s abusive boyfriend. While they try to cover up what happened, it draws the attention of a detective with ties to the Owens family. 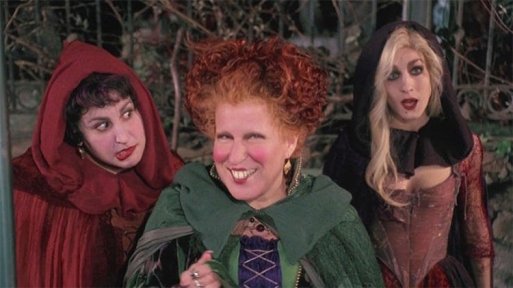 Hocus Pocus: For many of us this Disney classic has become a Halloween must-watch. In Salem, Massachusetts legend holds if a virgin lights the black candle it will resurrect the dreaded Sanderson Sister; Winnie, Mary, and Sarah. Unfortunately for everyone, the new kid in town Max does not believe in such silly stories and releases the trio of witches on Halloween night. The only way to keep the town safe is for; Max, his sister Dani, crush Allison, and an ensouled cat named Thackery Binx to keep Winne Sanderson’s spellbook from falling back into their hands. While Hocus Pocus was a flop in it’s theatrical release, it has gone on to become a Halloween classic thanks to television screenings over the years.

The Blair Witch Project: While Blair Witch may not be the first found footage film, it is the one that popularized the style. Propelled by an excellent marketing campaign, audiences came out in droves to see the discovered footage from three young filmmakers who had vanished in the woods. Driven by curiosity at hearing a number of local legends concerning the Blair Witch, the trio of documentarians venture into the forests of Maryland to uncover the truth. What should have been an easy hiking trip, turns dangerous as it slowly but surely becomes apparent that some unseen force is toying with them. Though when one of their part member goes missing those left learn the Blair Witch tale may in fact be true. 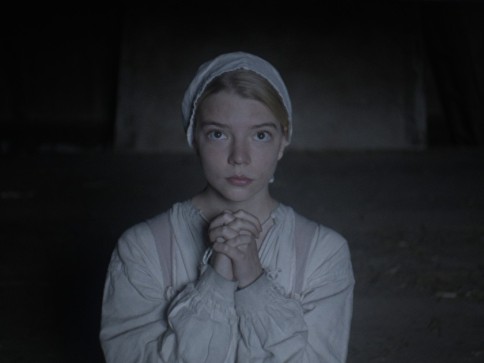 The Witch: From first time director Robert Eggers comes this criminally underrated and atmospheric masterwork of horror. After being banished by a larger Puritan settlement a family in 1600’s New England head out to start life on a farm of their own. After the disappearance of their unbaptized newborn at the hands of a witch the clan begins to fall into paranoia and distrust. As someone or something continues to use black magic to torment them, the oldest daughter Thomasin is singled out as the source behind the evil. Slowly we see the supernatural assaults against the family increase and naturally turn deadly. Drawing inspiration from true accounts of witchcraft in Colonial America the Witch is haunting piece of cinema which will stay with you.