Disney Adventure Films of the 90s’

There is no denying Walt Disney built what would become an entertainment empire on the bedrock of animation. But there is another style of film which House of Mouse became famous for over the years, and that is the adventure films. Often rooted in literary origins, films like: 20,000 Leagues Under the Sea, Sign of Zorro, Swiss Family Robinson and more provided wholesome fun films for everyone in the family. Even boys who thought princesses were “yucky” could enjoy these swashbuckling flicks. During the “Disney Decade” of the 90’s these films would experience a boom as a new generation sought out: pirates, sword-fighters, explorers, and superheroes. 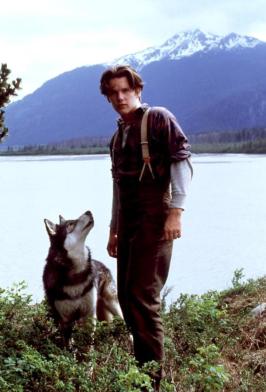 White Fang: The 1896 Gold Rush drew countless peoples to brave the dangers of the untamed Alaskan wilderness. In this Disney film based off a classic Jack London novel, young Jack Conroy heads into this world to seek out a claim his father had supposedly made. Along the way he meets a striking wolf/dog hybrid dubbed White Fang. Raised since he was a puppy to be callous and if need be violent, but Jack sees something in the canine and adopts him. The two forge a close bond with one another and rely on each other during the trials and tribulations they face. However, when Jack strikes it rich he begins to question where he really belongs in life and if wealth is worth losing his newfound friendship over. 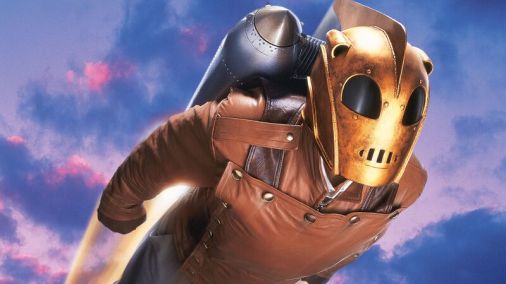 The Rocketeer: Based off the comics from Dave Stevens, the Rocketeer was a pulp superhero tale come to life on the big screen. The life of stunt pilot Cliff changes when he stumbles upon a mysterious jetpack. When uses this discovery to save innocent people at an air show he is hailed a hero and dubbed the Rocketeer. Unfortunately, he is not the only one who is fascinated by this jetpack. An Errol Flynn-esque actor with his sights set on Cliff’ girlfriend is leading a Nazi spy ring looking to get the jetpack to the Third Reich. As World War II hits Hollywood, the Rocketeer becomes the hero needed to save the day. 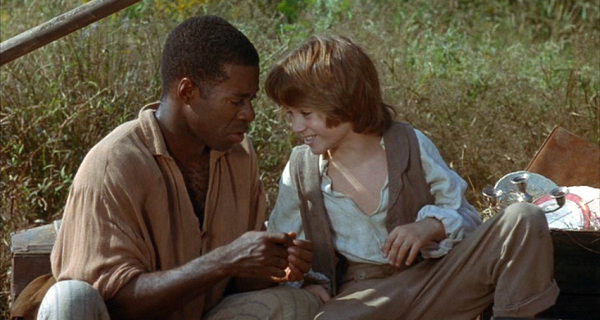 The Adventures of Huck Finn: If you go to a Disney theme park in the US you will likely see the huge influence legendary writer Mark Twain must have held on Walt Disney and his creative team. So in the 90’s when the studio was looking for a starring vehicle for young actor Elijah Wood, this source material made sense. After escaping from his abusive father, Huck Finn sets off down the Mississippi River. Along the way he befriends a fugitive slave named Jim, and go through a series of adventures together. Along the way Huck’s grows as a person and learns to take a bold stand between right and wrong. 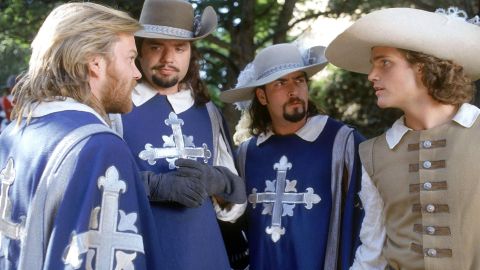 The Three Musketeers: This was far from the first adaptation of Alexandre Dumas’ famed novel, but many argue that this is the best. When the corrupt Cardinal Richelieu disbands the musketeers, Athos, Porthos, and Aramis refuse to surrender their swords and continue their duty as outlaws. The three musketeers cross paths with the headstrong but talented d’Artagnan who wishes to join their ranks. The four of them must delve into a world of sword-duels and intrigue to uncover the Cardinal’s plot and save France. With an all-star 90’s cast of: Kiefer Sutherland, Charlie Sheen, Oliver Platt, Rebecca DeMornay, and Tim Curry and accompanied by a hit radio single, this version of the Three Musketeers was the definitive version for a generation. 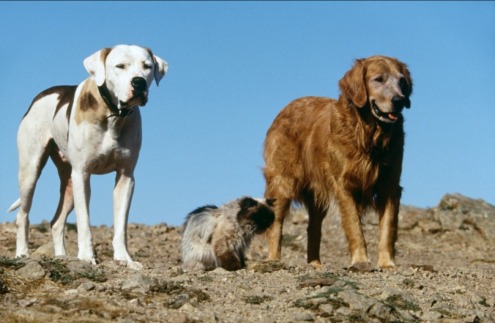 Homeward Bound: The Incredible Journey: If you need to hit an audience need the emotional gut, the way to do so is put animals in peril. This remake of a 1963 film does this to perfection as the loyal stoic Shadow must lead his fellow pets; Chance and Sassy to reunite with their family. Faced against the dangers of the Sierra Mountain wilderness, the three pets know they have to work together. At the same time their family is desperately searching for the animals but ultimately they all just need to find a way home.

The Jungle Book: While Jon Favreau recently gave us a “live action” take on the Rudyard Kipling classic, it pales in comparison to this overlooked gem. After the deadly Shere Khan attacks his village, a lone surviving infant is rescued by Baghera and Baloo. As Mowgli grows into adulthood he meets a party of English adventurers including a woman with ties to his past. She makes attempts to civilize the man raised in the jungle, but the greed of bandits and the threats of Shere Khan drive him back home. Those looking for catchy songs and hijinks from this Jungle Book will be sadly disappointed, as this movie opts for a realistic tone. Seeing as how the current slate of live-action remakes embrace their Disneyisms, this grounded flick has sadly been forgotten and deserves a Disney+ release if nothing else. 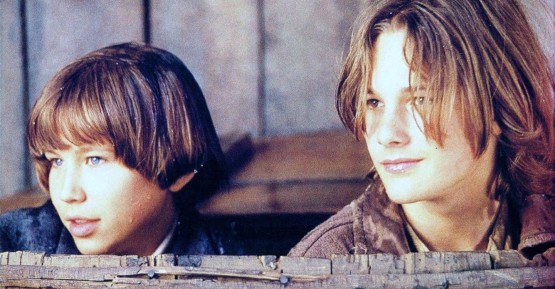 Tom & Huck: When Disney brought Huck Finn to the big screen, Elijah Wood was the top child star in Hollywood. But as per usual things change and soon Home Improvement actor Jonathan Taylor Thomas took that spot. Capitalizing on his popularity Disney gave JTT a starring role as Mark Twain’s original young literary hero, Tom Sawyer. Paired with fellow rising young star Brad Renfro as Huck Finn, the two witness the town doctor murdered by the treasure-seeking Injun Joe. This throws the two friends in the path of the murderer’s reprisal, but they also discover where the loot could be hidden. Using their cleverness and resourcefulness, Tom and Huck seek out this treasure but also have to avoid Injun Joe. 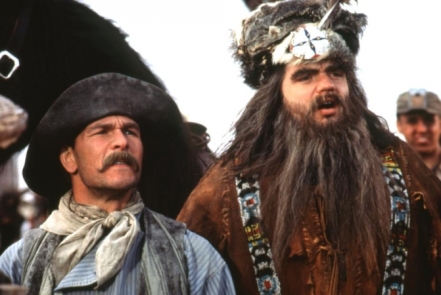 Tall Tale: A nefarious railroad tycoon seeks to plow through a small agricultural community, and a kid is entrusted with the deed to his family farm. While on the run he finds unexpected help from the larger than life figures his father would tell stories about: Pecos Bill, John Henry, and Paul Bunyan. The trio of fabled heroes teach him about growing up and what is truly important. Together they make a stand against what is seen as progress which will come at the price of a town’s soul. A criminally underrated film, Tall Tale looks at the idea of the expansion of technology and industry and the role in plays in challenging the myths and legends important to our culture. 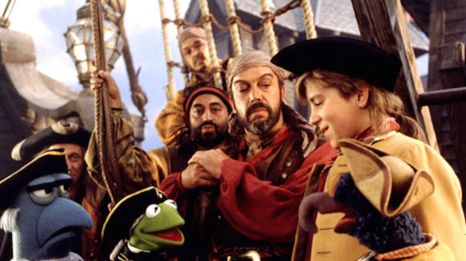 Muppet Treasure Island: During this era, Disney CEO Michael Eisner would form a strong partnership with Jim Henson and his family which would eventually lead to Disney purchasing the Muppets. Their interpretation of Treasure Island utilizing the Henson characters became a favorite of moviegoers. Jim Hawkins, Gonzo, and Rizzo find themselves in possession of a treasure map and turn to Captain Smollett (played by Kermit the Frog) to set sail and find the loot. But while onboard Hawkins learns that the crew member Long John Silver has his own plans. Tim Curry gives a stellar performance as Silverl and while the Muppets bring their usual anarchist humor this is a surprisingly faithful adaptation of the classic pirate tale.