This is a repost of an article from 2013 because I’m busy making Peppermint Bark.

Christmas is just around the corner! All those wonderful traditions and activities people around the world gather together to enjoy are happening or about to happen! 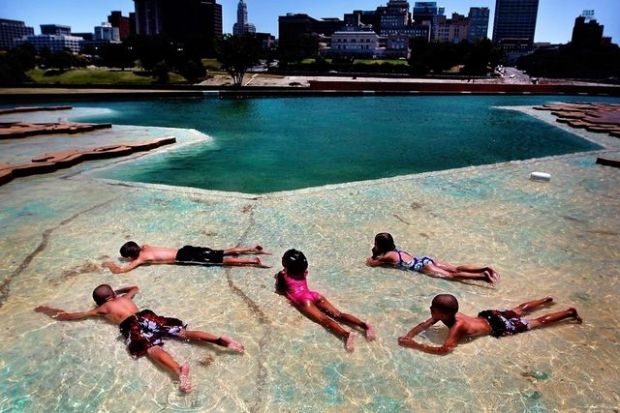 Not that anyone here is going to complain about the awesome beaches and generally great weather. I’ve got experience with cities where it snows every day for weeks. But you’ve got to understand that the average temperature on Christmas day down under is around the mid 40C mark (about 113F) and that rules out a number of activities, such as stepping outside of any air conditioned room. Last year things got so hot that we had to assign a new colour for the temperature maps.

Why is there purple?!

So whilst you’re having a ‘traditional’ Christmas, make sure you enjoy some of these things for us…

Hanging Stockings on the Mantle

You’d think that this would be a pretty universal tradition – what’s getting in the way of hanging big socks over a fireplace? Key word here is ‘fireplace’. Very few people have those here because we don’t what to die of being far to bloody hot and stupid.

Roasting Chestnuts on an Open Fire

Putting aside the fact that we’re not going anywhere near a fire (because the pavement is generally hotter than fire) but chestnuts aren’t something we see much of in these parts. The average Aussie will be unfamiliar with this tasty treat. 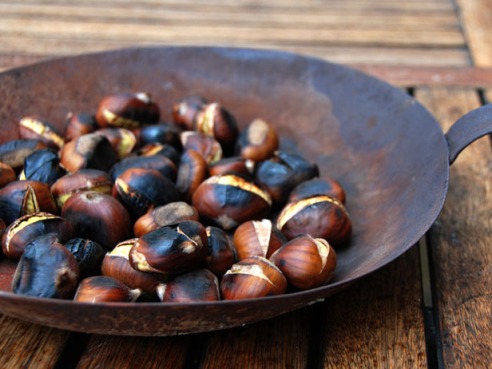 Covering the House in Christmas Lights

Well, ok, we do this. But we run the risk of them turning out a moments notice. As the temperature rises the air con units get cranked up and the power companies go under strain. It’s almost an annual tradition that we cop a blackout at some point, leading to community BBQs as everyone tries to use up their frozen goods.

This is the best we can do. It’s hot and gritty. But we’re going surfing afterwards. 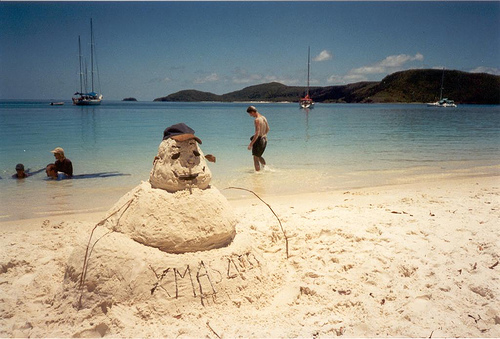 Although I’ve been in Europe enough to catch a couple of snowfalls I’m yet to experience this one. Looked like fun in National Lampoons Christmas Vacation though.

This is my frame of reference.

I’ll give my mother credit for hanging on to this tradition for several years after we moved from the North Hemisphere. Birds, bacon rolls and root vegetables coming out of the oven makes for an epic family dinner but in this weather the stovetop is not our friend. BBQ breakfast became the new tradition, and it rocks. 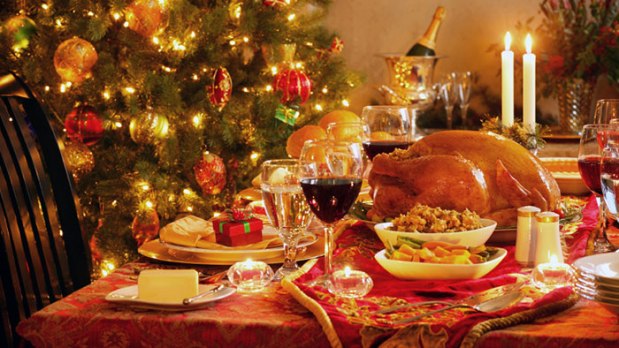 I also do all my baking in the middle of the night because the oven is EVIL.

For the same reason why don’t build fires or turn on the oven (we don’t want to die) we don’t put on the infamous Christmas sweater. To be fair there’s no doubt a few folks who wouldn’t mind skipping this tradition.

Apart from the occasional Mormon there’s very little door to door activity in this country. Trick or Treating has all but faded away and the last time a political representative rung our doorbell they ended up blacklisting us from future contact. Actually this might be for the best.

The television Christmas Special is an institution in the US and the UK, and although they’re hit and miss people look forward to them. As our television seasons span the middle months of the year new episodes aren’t in production during the Christmas season.

If you drive far enough afield you’ll find a hobby farm offering pine trees for sale but we do not have the climate for it. Excessive resources need to be spent to grow the suckers and they don’t hit the expected size. Even if you get them into your home it won’t be long before they wither and drop dead needles all over the place. If they don’t combust first.

It does give us a chance to break out those chestnuts.

Although when I look back I can see that these are all aesthetic traditions. We may not have the snowfall (by the way all our decorations do follow the winter theme…weird), the chestnuts, the sweaters or the TV specials, but we have the important things. We have our friends and our families, and we have the chance to give gifts to our loved ones. Funk Jr. and Mini-Funk are vibrating with excitement and Dr. Funk and I can’t wait to share the day with them. In the meantime they will learn about patience.

Yes, our tree is full of hidden dragons. We make our own traditions.