It has been a while since I have written one of these but that does not mean the world has become any less creepy or mysterious. Submitted for your approval is the latest edition in my series of 5 Creepy Unsolved Mysteries. If you wish to browse through the archives of this series feel free to do so below. 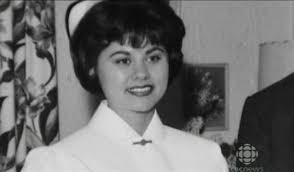 The Girl in Saskatoon: In May of 1962, 23 year old Saskatoon, Saskatchewan resident Alex Wiwcharuk had a lot going for her. She had just begun her career as a nurse and she had even won a contest to have Johnny Cash personally serenade her with his song “Girl in Saskatoon” when he came to perform. But all these great things came to an abrupt end when the young woman did not return from a walk she took by the river. Two weeks later a father and son discovered her body while out fishing; Alex Wiwcharuk had been knocked unconscious by a blow to the head then buried alive. Of course such a horrific murder led to an investigation from the Saskatoon police but tragically the case went cold and remained that way for decades. When news of this horrible crime made it to Johnny Cash, the music legend vowed to never again perform “Girl in Saskatoon” live. In the 1990’s Ed Yakubowski was climbing the career ladder with the Saskatoon PD very quickly, and once he got the right support he reopened this unsolved case. Though he made great strides in this case and found many places where the original investigators had messed up, Yakubowski was unable to solve this case. Despite retiring, he made enough noise that the district attorney’s office pushed for the police to put together a cold case division in order to discover who killed Alex Wiwcharuk. Though the list of suspects has now been narrowed down to three people, time is moving fast against investigators as one of these men is already dead.

The Vending Machine Murders: Most of us do not think twice about grabbing a soda or a snack from a vending machine, and sometimes, very rarely the machine gives us TWO of what we picked usually making for a good day. But in Japan in 1985, this joyous moment would be one of dread, as a mysterious killer found a way to lace several bottles of juice and soda with a toxic herbicide and placed them within the delivery chute of numerous vending machines. Thus the next customer to use the machine would receive both, the drink they ordered as well as the poisoned one. Ten people died from drinking the poisoned beverages while many others were hospitalized. Japan’s media went into panic mode in covering these deaths which not only led to vending machines being demonized for a time and inspiring many copycats. Despite the frenzy around this case no suspect was ever found and to this day the mystery of this killer is unknown.

Morgawr: The last time I wrote for this series I covered the Cornish Owlman. A cryptid tied to paranormal researcher Tony “Doc” Shiels’ investigation into a rash of weirdness which hit Cornwall during the 1970’s. I would be remiss if I did not include the other cryptozoological beast witnessed in Cornwall at this time, Morgawr. Translating to “sea giant” in Cornish, Morgawr was first seen by a group of fishermen at Falmouth Bay. The reported the creature had a long neck and trunk with brownish “sea lion like” skin. Throughout the rest of the 70’s the serpent was seen by people around the bay. Much like the Cornish Owlman, sightings of the creature dropped off dramatically in the years which followed. In February of 2017 the 8 foot carcass of an unidentified sea creature washed up in Charlestown, Cornwall which many speculated could be the remains of Morgawr.

The Death of “Peter Bergmann”: In the summer of 2009 an Austrian who gave his name as Peter Bergmann, checked into a hotel in coastal county Sligo, Ireland. Over the next few days, the hotel staff watched as the man they knew as Bergmann would leave with a purple plastic bag filled with something unknown, only to have him return with the bag empty. He would often make strange purchases and paid for everything in cash as he kept to himself. On June 15, Bergmann took a bus to a local shopping area where he was witnessed eating a sandwich and looking over a piece of paper. He finally tore up the paper and left in a hurry to catch a bus to the beach at Rosses Point. There his dead body was discovered on the beach launching one of the strangest investigations in Ireland. A short distance from his body were the usual belongings like; cash, clothes, a towel, but there were also several sheets of blank paper. As authorities dug deeper they found that the name, Peter Bergmann was an alias and which happened to be as fake as the address he used to check into his hotel. There was one crucial clue that investigators looked for, and that was one of his pieces of luggage he had when he checked in that had gone missing. The investigation into who this man was spanned all of Europe and nothing was ever uncovered. 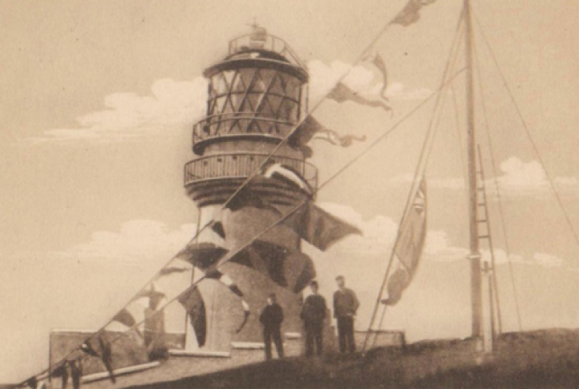 Flannan Isles Lighthouse: Off the coast of Scotland lies the lighthouse which has become the site of one of nation’s most mysterious disappearances. In December of 1900 three men; Thomas Marshall, Donald MacArthur, and James Ducat were responsible for keeping the light shining to warn ships. But one night it was discovered the light was out, so a ship went up to the island to find out why these men were slacking on the job. Strangely enough they found the door to the lighthouse locked forcing them to break it down. Those who entered were shocked to find none of the lighthouse keepers were there, just three cold uneaten meals. Given that there was a massive storm recently, the theory was formed that they went out during this storm and were swept away into the sea. This was disproven by the fact that the logbook contained entries made after the storm had passed. This says nothing of the protocol that at least one person had to remain in the lighthouse at all times. Even if all three left the lighthouse when something happened to them, why did they lock the door so they would be unable to get back inside? For those who think this story rings a bell of familiarity, yes it was the inspiration for the classic Doctor Who arc “Horror of Fang Rock”.