It has been a while since i have written one of these, but the world has not become any less creepy and mysterious. Submitted for your approval here are another five unsolved mysteries for you dear readers. And as always feel free to scroll through the archives below for past instalments of this series.

1. Jeff Davis 8: Between 2005 and 2009, eight women were murdered in the Jefferson Davis Parrish in Louisiana. Six of them were strangled while the other two had their throats slashed. This means either a serial killer lurking in the bayou…or something else is at play. Coming from an impoverished part of the town of Jennings, these eight victims all knew each other and had frequent run-ins with the law for minor offenses like; drug possession, theft, or prostitution. Over the years, these women found themselves as informants for the police concerning the local drug trade. It seemed almost too coincidental that these eight women in particular were murdered. Investigative reporter Ethan Brown began to look into these killings finding it odd that the police did not even have anything resembling possible suspects. What was discovered was complete incompetence from the investigation on the level which might lead one to believe the Jeff Davis Sheriff’s Department was deliberately sabotaging the case. Allegations soon began to rise that these women had seen the corruption in the Jeff Davis Sheriff’s Department firsthand and were willing to talk. The main point of concern was the controversial police killing of drug dealer Leonard Crochet and a couple of his men, which many felt was unjustified despite the police acquittal. What deepens the mystery was Crochet’s connection to many of the Jeff Davis 8 victims, and the fact that Kristen Gary Lopez, one of the first victims, was actually present during the killings. This has led many to believe that the reason investigators are bungling the search for a supposed serial killer is that there is no killer and that local law enforcement committed these horrific crimes in order to cover-up their own misdeeds.

2. Mystery Winchester Rifle: At the Great Basin National Park in Nevada, a group of park rangers were combing through an area that they had been through many times before. But on this day in the fall of 2014, they found something they had never spotted before. Leaning against a tree was a rifle which was old and had obviously been there for many years. Carefully they brought the antique weapon back with them and began researching it, even contacting historians and representatives from the Winchester company. This was a Model 1873 rifle which was manufactured and widely available all the way back in 1882. The particular gun they found had been modified by someone as to only fire a single shot. It is hard to believe that this Winchester rifle has been leaning against a tree in the national park for 130 years, but that begs the question of where did it come from? Currently this Model 1873 is sitting in the Cody Firearms Museum its origins still unknown.

3. Haunting of Adrian Daou: In 2010, police in Ottawa, Canada found the body of Jennifer Parker in a parking lot having been chopped to pieces with an axe. Needless to say such a gruesome crime led to a massive investigation but for three years, police never found anything to lead to the killer. That was until Adrian Daou came forth of his own volition and confessed to the murder that he would have completely gotten away with. Daou was able to provide details of the crime that only the murderer would know, claiming that he murdered Jennifer to give himself street cred to launch a rap career. But what he did not count on was shortly after carrying out the horrific crime, her ghost began to appear to him. According to Daou her spirit consistently haunting him is what drove him to confess to his crimes. To this day he still claims to see Jennifer Parker’s ghost a few times every days. Is this the case of a guilty conscience impacting a man’s psyche or is Jennifer Parker avenging her untimely end from beyond the grave?

4. The Red Queen: While exploring the ruins of Mexico’s Palenque, archeologist Arnoldo Gonzales Cruz, discovered a hidden chamber in the ancient town’s temple. Inside he discovered a sarcophagus with the remains of a young boy and a woman flanking it. Inside the sarcophagus was a skeleton coated in a layer of red dust, thus she was called the Red Queen. Through examination they were able to uncover that this woman was in her sixties when she passed and that she was someone of great importance. Other than that the mystery of what her place in society was remains a mystery as does the reason behind the red dust which decorated her remains. 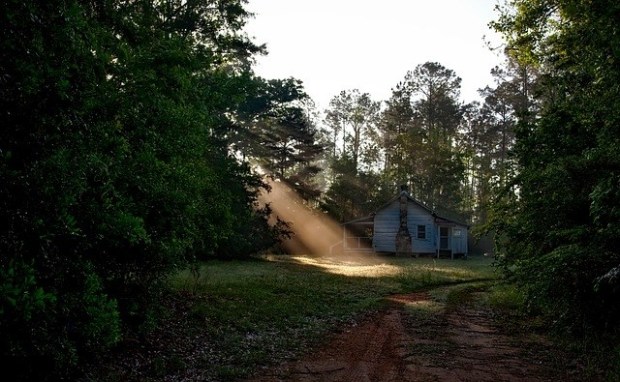 5. Orion Williamson: It was the summer of 1854 in Selma, Alabama, and Orion Williamson and his family were sitting on the porch, watching their horses graze. As the sun beat down, Orion decided to go out and move his animals into the barn for shade. As he ventured into the field he looked out to see his neighbors, the Wrens coming home from a trip into a town. His family watched as he gave them a polite wave, and then vanished. The puzzled Williamson family as well as the Wrens went into the field where Orion was just standing and could not find a trace of him. A search party was mounted involving hundreds of volunteers and nobody could find a trace of the missing man. A team of geologists were even called in to inspect the grounds to make sure there were no caves or holes that Orion could have fallen into. All they found beneath the ground was solid bedrock. The strangest element of this mystery is that for months after the strange disappearance, his family members who stood in that field could hear the distant sound of his voice. Famed American writer Ambrose Bierce was one of the journalists who went out to investigate in Selma, and this no doubt inspired some of his stranger short stories. Orion Williamson never reappeared and as far as anyone knows he vanished into thin air.